Alloys for Expansion
Alloys for expansion offer superior expandability and are used for plates, bands, structural angles, pipes, rods, wires, forged products, and others. JIS classifies these products according to the alloys added.

Pure Aluminum (1000 Series)
The marking of 1000 series identifies pure aluminum for industrial use. For instance, 1050 shows that the purity is 99.5%; 1050, 1100, and 1200 indicate that the purity is 99.0%. Traces of Fe and Si are added to these aluminum pieces depending upon their characteristics. The 1000 series aluminum is superior in processability, corrosion resistance, weldability, electric conductivity, and thermal conductivity. It is therefore used for containers, radiation materials and others.

Al-Cu Alloys (2000 Series)
Al-Cu alloys are represented by 2017 and 2024, which are also known as duralumin and super duralumin. These Al-Cu alloys are superior in strength and cutting properties. Since they contain a large amount of Cu, they are inferior in corrosion resistance, requiring anti-corrosion treatment in a corrosive environment. They are used for aircraft materials, machine parts, and structural materials.

These alloys have their strength improved without sacrificing the processability and corrosion resistance of pure aluminum. They are represented by 3003 and 3004, which are widely used, for instance, for containers such as aluminum cans and housing exteriors.

The 4043 is characterized by its low melting point and used for brazing filler metal and construction panels. The 4032, which has its heat resistance improved by adding Cu, Ni, Mg, etc., offers superior wear resistance.

The alloys of this series are superior in both strength and corrosion resistance and used for typical structural materials. The 6063 is used for extruded structural angles for building casements and others.

The alloys of this series are classified into two types: the Al-Zn-Mg-Cn alloy that has the highest strength among the aluminum alloys and the Al-Zn-Mg alloy for welding structures. The 7075, one version of the Al-Zn-Mg-Cu alloy, is used as ultra super duralumin for aircraft materials, sporting goods, etc. In contrast, the Al-Zn-Mg alloy has relatively high strength; it was primarily developed as welding structural material that can be thermally treated and is used for structural materials and others in bullet trains and other trains.

* Fields with an asterisk are required

We are part of your solution. 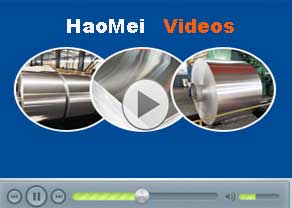